When it comes to the future Gaplast is already there! 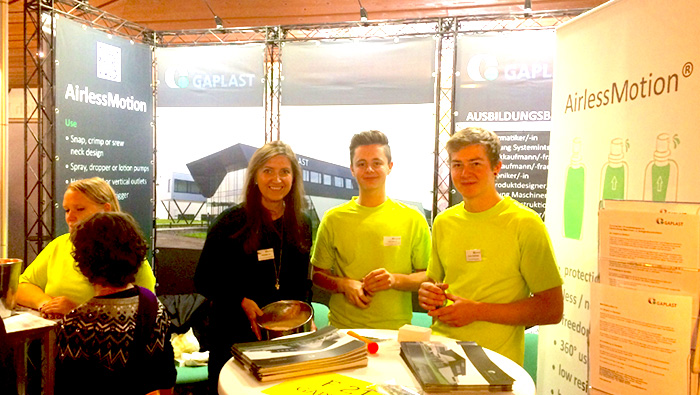 Once again, GAPLAST has represented itself successfully at the „Zukunftsmesse“  Garmisch-Partenkirchen (trendsetting trade fair). This trade fair is tailored for young people to gather information regarding future job options, and maybe even discover their very dream job.

Garmisch-Partenkirchen/Altenau.  On October 20th 2016 the congress hall in Garmisch-Partenkirchen hosted around 65 companies, agencies and institutions from the surrounding region. They all offered various workshops and detailed background information for more than 150 training professions. GAPLAST’s information booth offered extensive insights into the company’s innovativeness, quality and variety of the packaging products, manufactured in Altenau and Peiting.

During his tour around the trade fair, county commissioner Anton Speer was highly interested in the current products and extensive training programs offered by GAPLAST, getting in depth information at their booth. Mr. Speer was accompanied by the second mayor of Garmisch-Partenkirchen, Wolfgang Bauer, and the new business promoter of the county of Garmisch-Partenkirchen, Sebastian Kramer. Anton Speer explicitly praised GAPLAST’s willingness to invest into the future of the region and therefore investing into young people, by offering their current extensive training programs, creating valuable employment possibilities.

This trade fair was a great overall success, especially considering the interest of the young people and Anton Speer’s attention and recognition. Having generated many new contacts and leading numerous in depth conversations, GAPLAST was able to present itself as a future oriented, innovative company to the young visitors. Also GAPLAST’s giveaways, setsquares – befitting a technical company – had been highly sought after. 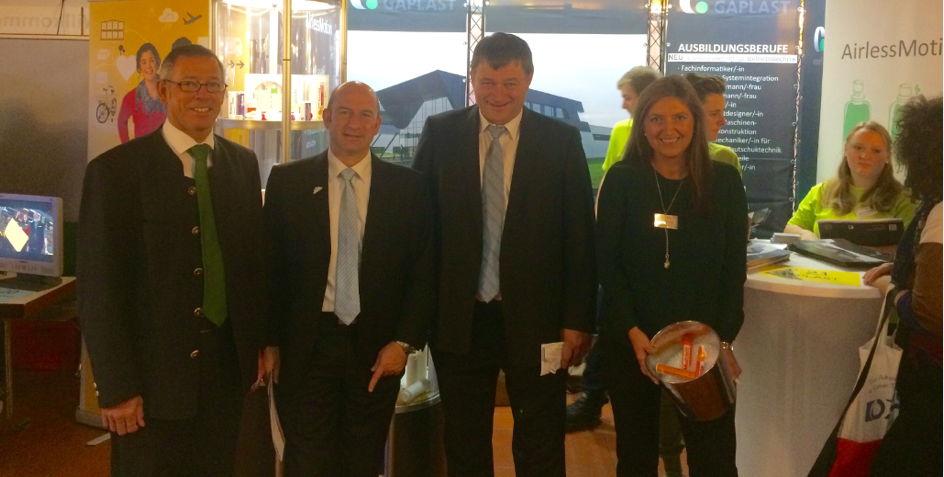